Leaving Denver, headed back to LA. The clouds play with light and shadow on the mountains, sometimes making a grass covered mountain side shine like green velvet. The green of the trees, the blues of the mountains, the light and shadow of the clouds, almost looks unreal. I told myself I wouldn’t take so many pictures on the way home, as the road was the same road, the grass the same grass. Except this grass looks like velvet. And some of the vistas just takes my breath away. In Colorado, the green trees along a river stand out much more against the yellows of the prairie grasses. 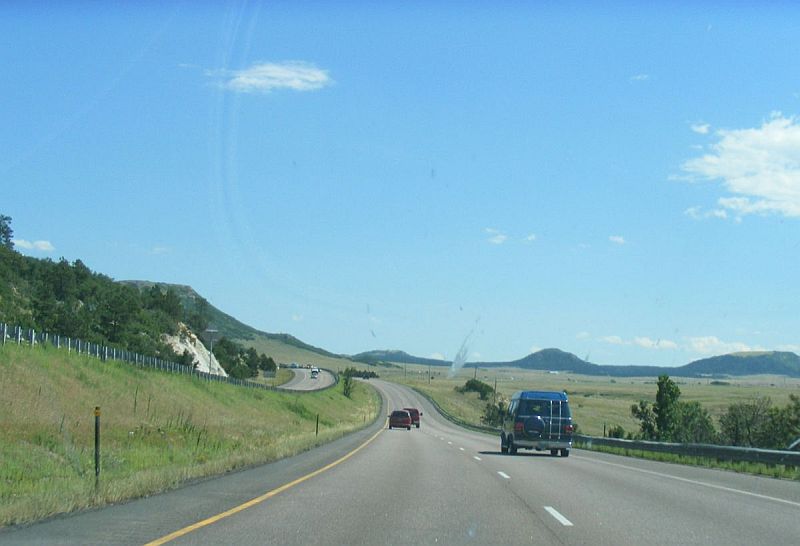 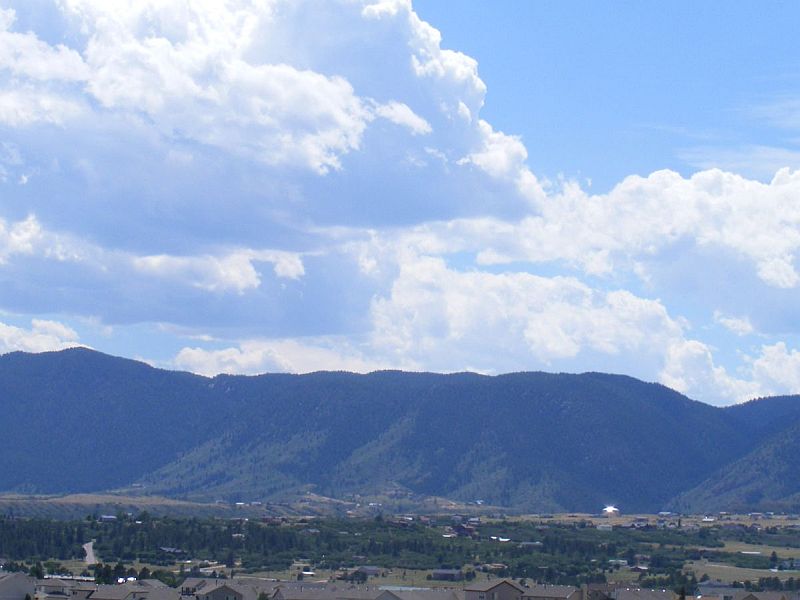 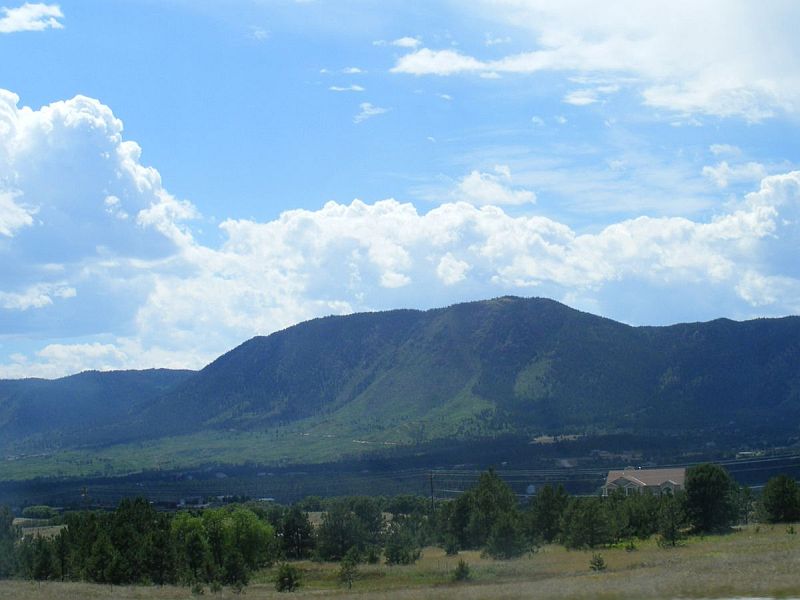 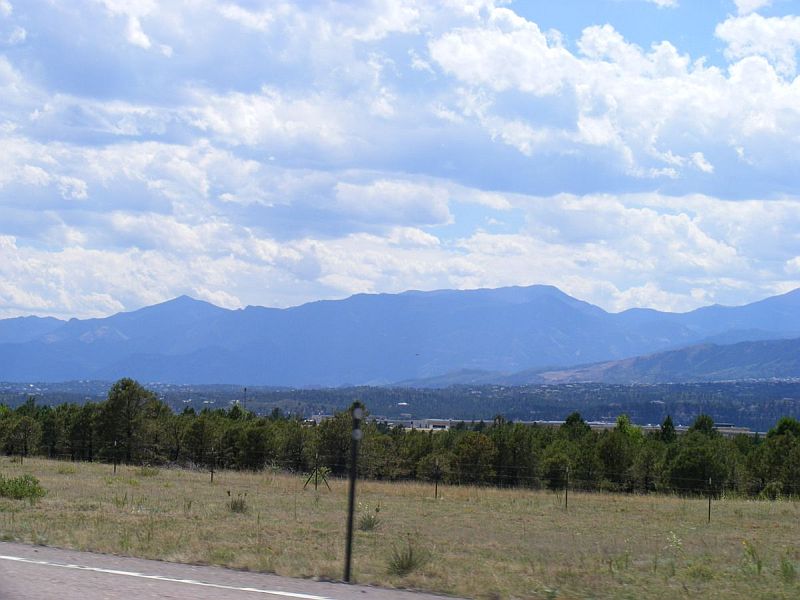 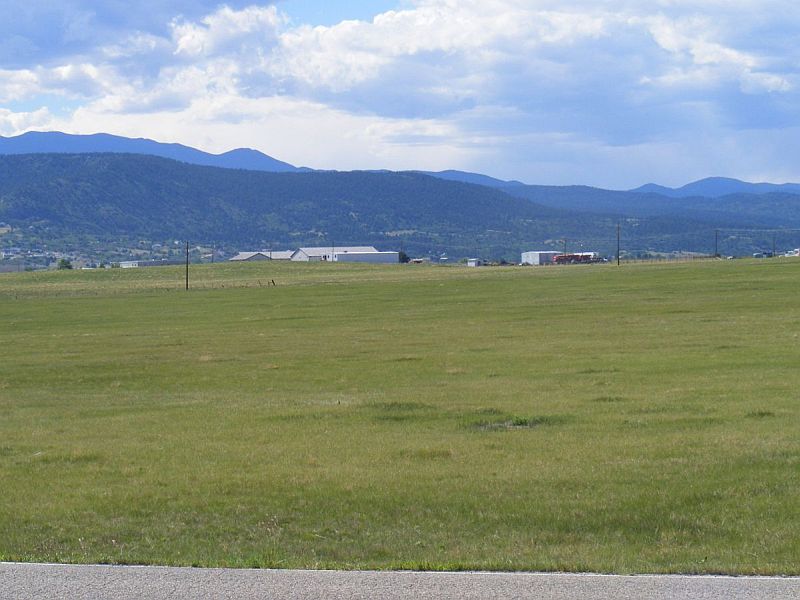 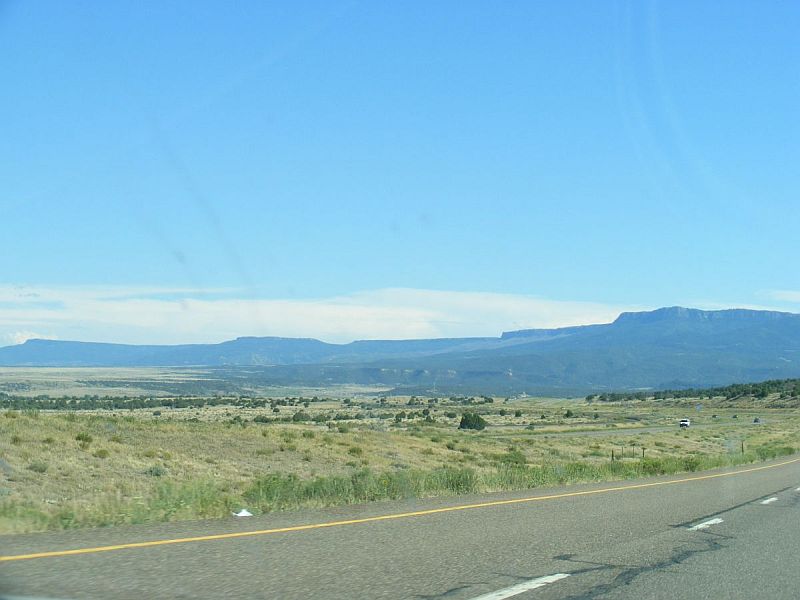 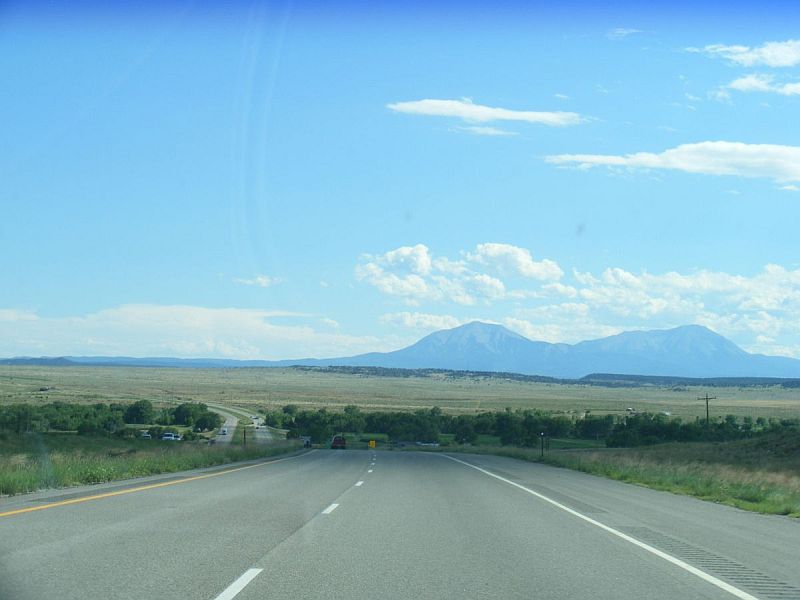 Where The River Runs 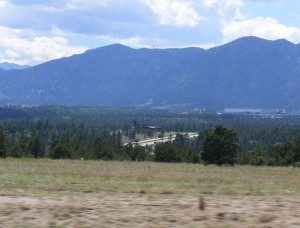 One of the more interesting sites is the plane on the ground, on or near the Air Force Academy. 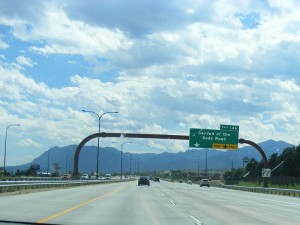 I now have a reason to go back to Colorado. A place now on my to-see list, “Garden Of The Gods”. 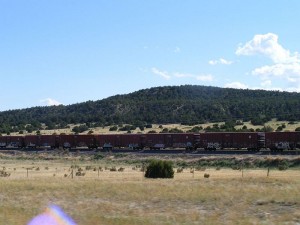 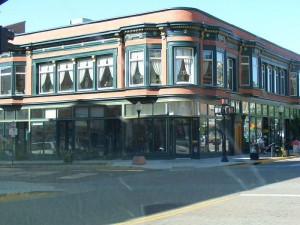 Lovely old building in Trinidad, Colorado. I couldn’t get a good shot of anything else, as there were signs, trees, trucks, the usual interference. There also weren’t any convenient parking spots to pull over and snap pics. Ah well. 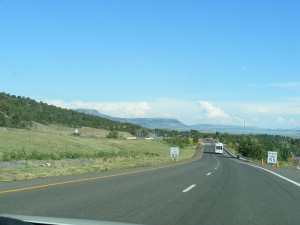 Construction on every road, everywhere we went. I stopped avoiding taking pictures of it, because I would miss taking shots like this. Do click on it and see the larger shot. 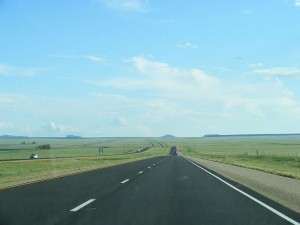 The road ahead, winding or straight, calls us on. 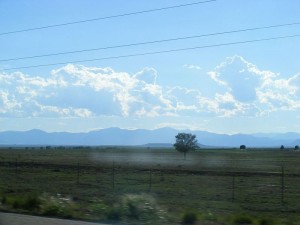 As the day got later, it became more difficult to take pictures into the west. The clouds, mountains and green green grass delight the eye, even with the sundogs. 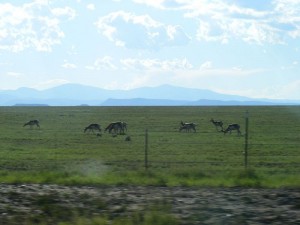 And I finally got some antelope! 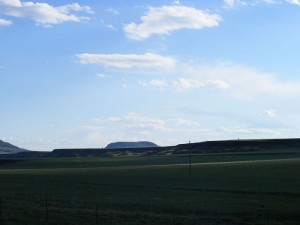 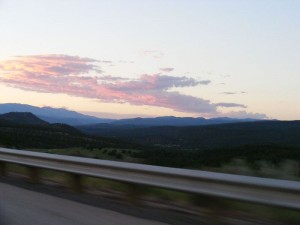 Clouds still lit by the sun over shadowed hills. 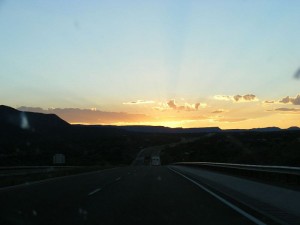 And a sunset Hollywood couldn’t have done better.